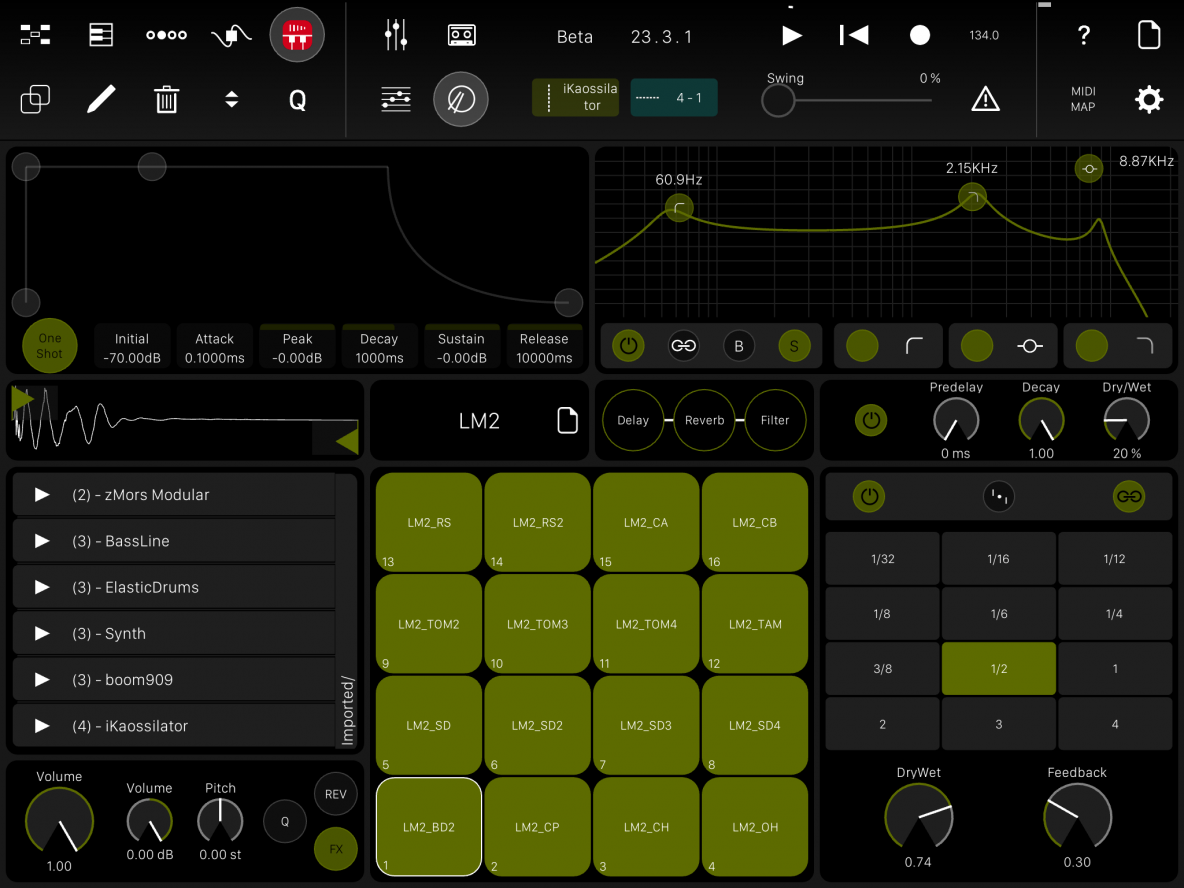 We are very excited to tell you that the next update for modstep is out now!

modstep 1.0.2 features a bunch of performance enhancements, audiobus support, audio recording of IAA apps and the internal instruments Sampler and Synth, AudioShare export, an improved Reverb and brings back iPad 1 support. You can play it with your kids, too!

New features:
– audiobus support: added 8 audiobus output channels
– AudioShare export and recording of all tracks (hit the new tapedeck button to record all tracks with internal instruments or IAAs, the files can be found in the /Recordings/ folder and exported to AudioShare or the internal Sampler via the file browser). The recordings are quantized to the current clip quantization.
– improved Reverb
– massively lower CPU usage – especially older iPads will run a lot more tracks now.
– iPad 1 support is back (unfortunately it’s getting harder and harder to keep it that way!)
– new parameter on Sampler ‘One Shot’ that disables the ADSR completely
– Clips, Scenes and Arm, Mute, Solo, Volumes per Track are now MIDI mappable to external controllers.
– Tempo Up/Down and Nudge are now MIDI mappable.
– CPU meter is much more accurate now and only monitors the audio-thread.
– Tracks will now correctly remember their MIDI setup and restore it upon load.
– lots of small enhancements

Bugfixes:
– IAA Effects load the proper effect now
– IAA Effects will delete/restore fine again
– IAAs show the proper icons in the VST when used with studiomux
– fixed a bug that would prevent tempo changes when Ableton Link was not activated
– fixed a bug that would cause wrong IAA fx to be loaded
– tons of enhancements and other bugfixes
– fixed Clip & Track Import & Export